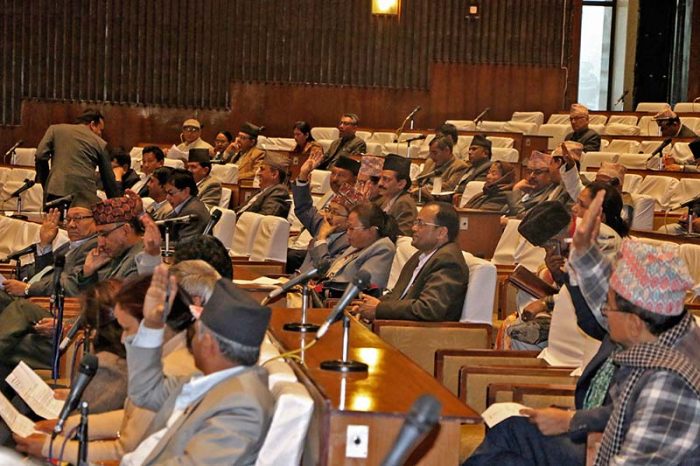 KATHMANDU: The Legislature-Parliament on Sunday has passed the bill on first amendment of act on political parties with majority. Home Minister Janardan Sharma presented a proposal seeking the passage of amendment bill in the third meeting of the Parliament today.

Participating in the clause-wise discussion on the bill, Prem Suwal of Nepal Workers and Peasants’ Party, argued that the passage of the bill would not be beneficial to democracy, so the government must withdraw it.Similarly, Mina Pun of the Rastriya Janamorcha said the government needs to be firm to hold the second round of election on the slated time. Responding to the queries, Minister Sharma said all the preparations were made for the second round of the local election.“All political parties’ participation in the second round of local polls is imperative,” Minister Sharma added.During the meeting, Speaker Onsari Gharti read out a letter about the certification of the bill related to local level election act received from the President’s Office.Speaker Gharti said the next Parliament meeting would be held on July 2.