Kathmandu, March 29: Prime Minister Pushpa Kamal Dahal ‘Prachanda’ has said the Nepal-China relations have assumed a new dynamism and dimension.
Addressing a press conference organised at the VIP lounge of Tribhuvan International Airport upon his arrival home on completion of a visit to the People’s Republic of China today, PM Dahal said the high-level meetings and talks he held during the visit have further strengthened mutual trust and understanding.
The PM stated that the main objective of the visit was to establish an environment of confidence at the highest level between the two countries, adding the visit has been a success in terms of further consolidating the Nepal-China ties and achieving support and cooperation for the country’s broader development.
He mentioned that he got an opportunity at the Boao Forum for Asia annual conference held in Hainan Province of China to clearly put forth the views and concerns of the least developed and landlocked small countries regarding globalization and, as well as their expectations.
“The foundation has been prepared from this visit for promoting more cooperation and collaboration on the topics of physical infrastructure, tourism and energy among others. With the signing of an agreement on further expanding cooperation with the Tibet Autonomous Region, which shares borders with Nepal and which is important from the political, economic, social as well as geographical and cultural viewpoint, the basis has also been prepared for the bodies on both sides working at the local level for working in more coordination and collaboration,” he added.
On the occasion, he thanked Chinese President Xi Jinping, the Government and people of China and all officials concerned for the warm hospitality and cordiality that the Chinese side extended to his delegation during the visit.
The Prime Minister informed that during the discussions held in Tibet that shares border with Nepal, views were exchanged on the matter of holding a meeting of bilateral mechanisms existing at the local- level regularly.
PM confident of Madhes-centric parties joining the election
China wants the participation of all political parties of Nepal in the upcoming election and the creation of political stability here, which are the concerns of the Chinese side, he added.
Stating that the election is certain, he said he is confident that Madhesh-centric parties will take part in it.
Only the matter of provincial delimitation remains as the problem in the constitution amendment issue, he said, adding that there is no dispute regarding other matters. Prime Minister Dahal made it clear that the constitution amendment will be done immediately and the issues left to be sorted out will be finalised before the central election. RSS 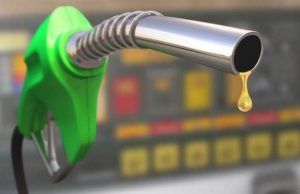