Federalism is not a foreign import to Nepal: Baburam Bhattarai

Baburam Bhattarai is the coordinator of the newly-formed party, Naya Shakti Nepal. The former Maoist leader set up the party after severing ties with the party that ran a violet insurgency campaign against the state for a decade. Onlinekhabar recently caught up with Bhattarai to talk about the government’s proposal to amend the constitution, and issues surrounding Nepal’s transformation into a federal republic. Translated excerpts:

In the last few days, many political leaders have come out against the whole idea of federalism. They say that federalism is not what Nepal needs, and it will only stoke conflict in the country. Do you agree?

We do not want a country where only one caste dominates others; we want to build a rainbow nation. That is why we should not escalate the conflict. Naya Shakti Nepal wants an end to the conflict, and see Nepal transform into a federal state in the truest sense.

I see that there are turbulent times ahead for Nepali politics. That it has been more than one year since the promulgation of the constitution, and little progress has been made towards implementing it, raises serious concerns.

Naya Shakti believes that economic growth and prosperity can only be imagined when there is political stability. That is why it  is in our interest to end this conflict situation, and we are looking at things seriously.

Would it be possible to end this conflict situation soon?

I believe that political stability in Nepal can be guaranteed only when forces outside of the constitutional process are accommodated into it. The government prepared the amendment bill without proper planning, and that is why both sides (the opposition and the Madheshi Morcha) are not satisfied with it. That is why we think we need to facilitate dialogue between the two sides; it is in our national interest.

What do you think could be a possible solution to the political deadlock?

The immediate thing that needs to be done is that the government and the opposition should reach some kind of agreement on the amendment bill. The government should take the bill forward by discussing it with those who object to it, and those who want changes made to it.

We could then reach some degree of stability. If that cannot happen, election cannot take place, and the country will have to go through a lot of uncertainty. We should stop that from happening.

You said that changes need to be made to the amendment bill. The changes you talk about should address the demands of the opposition, or the Morcha?

The amendment should address the demands of the country, rather than any particular group.

Do you have something to say on what the amendment should incorporate?

Yes. It is clear that we need to change our understanding of nationalism as per the times we live in. We also need to understand that the new constitution envisages restructuring of the old system of governance.

We need to understand that Nepal had to adopt federalism not just for administrative reasons. Even during the Panchayat days, we had administrative units in Nepal. The issue of federalism is intertwined with that of Nepal’s multilingual, multiethnic character.

What is your take on the delineation of provincial boundaries?

If we are to go by the report prepared by the state restructuring commission, Nepal should have 10 provinces by taking capacity and identity as the main criteria for delineation. But because we had to resist the anti-federalists, we agreed to go for seven provinces.

In the seven-province model, the capacity and identity criteria have been violated in Kailali and Kanchanpur, the hills of Lumbini and Rapti and Tharu-majority areas of Morang and Sunsari. What we would ideally want is to have 10 provinces in Nepal.

If we are to imagine that the political deadlock will continue for sometime, how do you think will things take course then?

I have talked to the Prime Minister, Madeshi parties and members of the RPP. I want the constitution implemented, and national politics stabilised. I am doing my best to facilitate dialogue between the political parties.

We should strive for a consensus, but if consensus becomes illusive, we need to reach a common minimum agreement. We should not allow the deadlock to continue for long.

But will the UML agree with what you say?

I would like to appeal UML leaders to let go of their electoral mindset. Federalism is Nepal’s own issue, it is not something foreign to the country.

What I see as a great irony in this country is that whenever any agenda for change surfaces, we Nepalis fail to take its ownership. In 1951, we fought for democracy, but the Panchayat termed the multiparty system ‘a foreign import’. The Maoist party fought to declare Nepal a republic, but there were those who said New Delhi was behind it.

The way KP Oliji is talking about federalism is akin to the Panchayat’s berating of the multiparty system.

There are also those who say that even China does not want federalism in Nepal.

This is exactly what is wrong here in Nepal. We should look at our necessity, and not go by what others are saying.

Are Naya Shakti and Upendra Yadav’s Socialist Forum entering into some kind of a merger?

We are working closely with each other. We will do the same with anyone with whom we share our agenda. We have not thought about a ‘unification’. 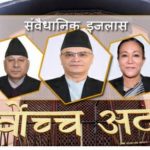 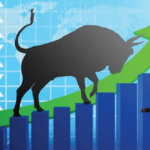 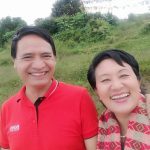 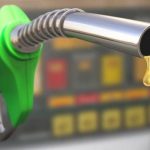