Posted on October 4, 2018 by Durga Panta
A lawyer who took his job seriously, he had deep knowledge of the global geopolitics, its future direction and the implications on Nepal

Senior Advocate Ganesh Raj Sharma, who pioneered the practice of constitutionalism in Nepal and was well informed about the geopolitics, is no more.

The 79-year-old died at his residence in Dhobidhara on Tuesday after suffering from the Alzhemier’s disease for four years.

People who knew him closely remember Sharma as a man of high moral integrity. A lawyer who took his profession seriously, he had deep knowledge of the global geopolitics, its future direction and the implications on Nepal.

The legal fraternity will remember his advocacy of citizenship, contribution to the introduction of labour law in Nepal and his stance on the Tanakpur agreement with India in the 1990s. His takes on these three issues are considered as landmark in Nepal’s legal as well as constitutional evolution.

An all-time friend and relative of the late BP Koirala, Sharma pleaded cases for people from the poor and marginalised sections who had no access to justice.

Sharma was a regular reader of international newspapers and magazines and drew his ideas from there to form his strategic observation, something that was lacking in his contemporaries.

“He knew the politics of Nepal better than any other. He established legal practice as a dignified job and contributed to institutionalising constitutionalism in Nepal. He was a pioneer in setting the right tone in the constitutional discourse in Nepal,” said Ganesh Dutta Bhatta,a associate professor of Nepal Law Campus and Bipin Adhikari, a constitutional lawyer. Sharma, a longtime lawyer for BP, compiled and helped publish BP’s two books—Jail Journal and Aatma Britanta.

Due to his long companionship with Koirala, Sharma had good understanding of Nepal’s strategic affairs.

A critic of Indian influence in Nepal, Sharma had published a booklet during the Indian trade and transit embargo of 1998-90, describing the Indian blockade as being against the spirit of international law.

He also prepared a detailed overview of the Indian perception of and policy on Nepal.

“For me, Sharma was like an institution, a think tank,” said senior journalist Rajendra Dahal, who edited Sharma’s article for ten years at the Himal Magazine. “He was a man of principle and never compromised on his values,” said Dahal.

Sharma believed that constitutionalism evolves not by movement or revolt but through practice, said Adhikari.

When a movement loses control to foreign hands, he said, it ultimately hampers nationalist sense and power. “Many leaders consulted Sharma on political matters,” said Adhikari.

He distanced himself from the politicians after the royal massacre in 2001. 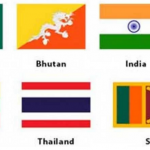